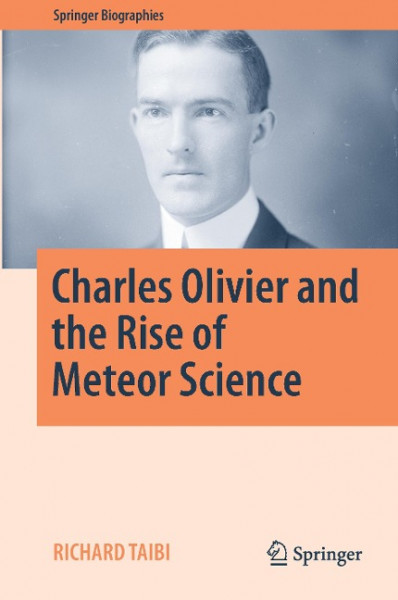 Charles Olivier and the Rise of Meteor Science

Charles Olivier and the Rise of Meteor Science

This fascinating portrait of an amateur astronomy movement tells the story of how Charles Olivier recruited a hard-working cadre of citizen scientists to rehabilitate the study of meteors. By 1936, Olivier and members of his American Meteor Society had succeeded in disproving an erroneous idea about meteor showers. Using careful observations, they restored the public's trust in predictions about periodic showers and renewed respect for meteor astronomy among professional astronomers in the United States. Charles Olivier and his society of observers who were passionate about watching for meteors in the night sky left a major impact on the field.In addition to describing Olivier's career and describing his struggles with competitive colleagues in a hostile scientific climate, the author provides biographies of some of the scores of women and men of all ages who aided Olivier in making shower observations, from the Leonids and Perseids and others. Half of these amateur volunteers were from 13 to 25 years of age. Their work allowed Olivier and the AMS to contradict the fallacious belief in stationary and long-enduring meteor showers, bringing the theory of their origin into alignment with celestial mechanics. Thanks to Olivier and his collaborators, the study of meteors took a great leap forward in the twentieth century to earn a place as a worthy topic of study among professional astronomers. von Taibi, Richard

Taibi is a retired clinical and forensic psychologist who has been an amateur astronomer for 58 years. In the last 32 years he has specialized in recording and reporting (almost 10,000) meteor observations to national (American Meteor Society) and international (International Meteor Organization) meteor databases. He has published two astronomers' biographies (one is Charles P. Olivier in Biographical Encyclopedia of Astronomers, vol.2 and 'Edwin Forrest Sawyer' in the IMO's Journal in 2004) and since 2012, has published eight biographies of amateur astronomers on his blog, Skywatchers. Taibi has intensively studied US astronomy and astronomers both professional and amateur since 2001.