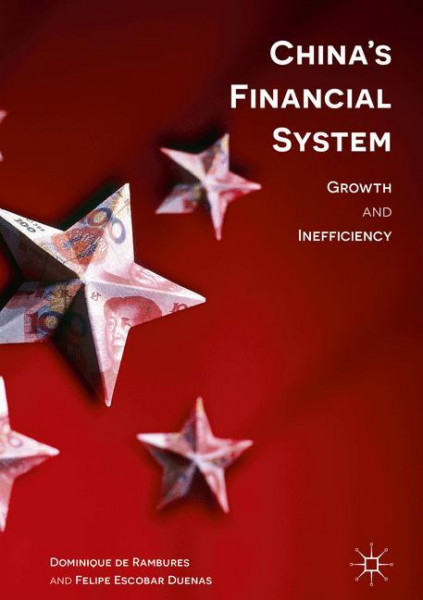 This book examines the volatile landscape of the Chinese economy and the barriers to its continuing development. The author argues that underlying inefficiencies in China's financial system currently prevent the further growth of its institutions and inhibit reform of monetary and fiscal policy. Rambures shows that, despite efforts to avoid a "middle income trap", such long-overdue structural reforms are still faced with strong resistance from both economic and political circles. Chapters discuss approaches in tackling the Chinese national debt, the recent stock exchange collapse and subsequent currency devaluation, declining trade surplus, the wariness of foreign investors and its negative impact on foreign exchange reserves, and the heavy burden of state-owned "zombie companies". The discussion positions current economic events within the context of China's transition from a foreign trade and investment-led economy to one that is propelled by domestic consumption, service industries and innovation. Crucially, Rambures also addresses financial trends with reference to pervasive long-term influencing factors such as an ageing population, increasing inequality, corruption, pollution and migration. von Duenas, Felipe Escobar und De Rambures, Dominique

Dominique de Rambures is a former international banker who now lectures on banking and finance in China at Paris 1, Pantheon-Sorbonne University, France. He was the first chairman of the Euro Banking Association and, following the G20 decision, he was assigned a report on "Migrant Remittances" by the French government. He has previously worked at banks including Citibank, Crédit Lyonnais and Intesa Sanpaolo. He is the author of Payment Systems, and China, Le Grand Écart as well as numerous articles in economic reviews. Felipe Escobar Duenas graduated from the University of the Pacific in Santiago de Chile, Chile, in marketing and communication, and from the University Paris 1 Panthéon-Sorbonne, France, in economics. Felipe was a country risk analyst at the Natixis investment bank in Paris, France, and was later employed at their holding company, BPCE, as a credit risk analyst. Felipe is currently concentrating on the study of financial cycles with an impact on financial stability.