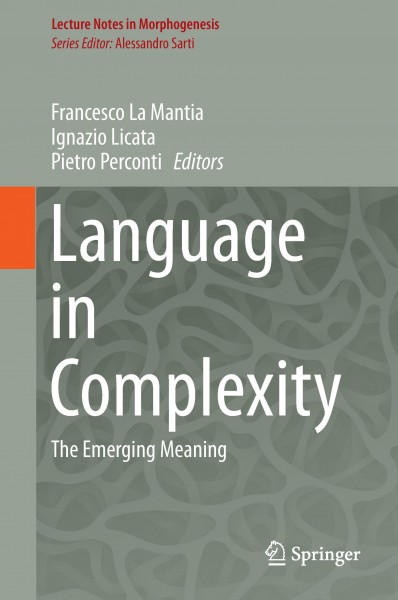 Language in Complexity
The Emerging Meaning

This contributed volume explores the achievements gained and the remaining puzzling questions by applying dynamical systems theory to the linguistic inquiry. In particular, the book is divided into three parts, each one addressing one of the following topics:1) Facing complexity in the right way: mathematics and complexity 2) Complexity and theory of language 3) From empirical observation to formal models: investigation of specific linguistic phenomena, like enunciation, deixis, or the meaning of the metaphorical phrasesThe application of complexity theory to describe cognitive phenomena is a recent and very promising trend in cognitive science. At the time when dynamical approaches triggered a paradigm shift in cognitive science some decade ago, the major topic of research were the challenges imposed by classical computational approaches dealing with the explanation of cognitive phenomena like consciousness, decision making and language. The target audience primarily comprises researchers and experts in the field but the book may also be beneficial for graduate and post-graduate students who want to enter the field. von Mantia, Francesco la und Licata, Ignazio und Perconti, Pietro