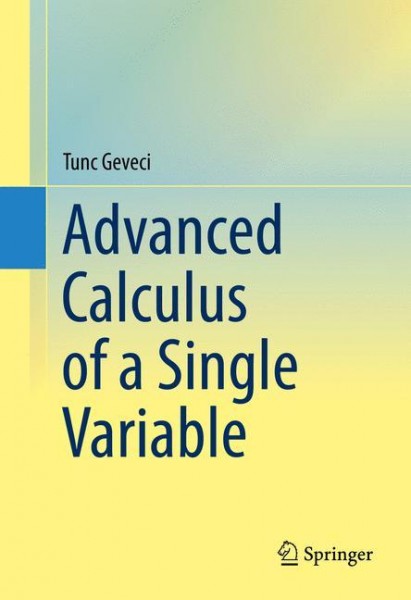 Advanced Calculus of a Single Variable

Advanced Calculus of a Single Variable

This advanced undergraduate textbook is based on a one-semester course on single variable calculus that the author has been teaching at San Diego State University for many years. The aim of this classroom-tested book is to deliver a rigorous discussion of the concepts and theorems that are dealt with informally in the first two semesters of a beginning calculus course. As such, students are expected to gain a deeper understanding of the fundamental concepts of calculus, such as limits (with an emphasis on e-d definitions), continuity (including an appreciation of the difference between mere pointwise and uniform continuity), the derivative (with rigorous proofs of various versions of L'Hôpital's rule) and the Riemann integral (discussing improper integrals in-depth, including the comparison and Dirichlet tests). Success in this course is expected to prepare students for more advanced courses in real and complex analysis and this book will help to accomplish this. The first semester of advanced calculus can be followed by a rigorous course in multivariable calculus and an introductory real analysis course that treats the Lebesgue integral and metric spaces, with special emphasis on Banach and Hilbert spaces. von Geveci, Tunc

Tunc Geveci is Professor Emeritus in the Department of Mathematics & Statistics at San Diego State University. His main publications have been in the fields of partial differential equations, numerical analysis, and the calculus of variations and optimal control.