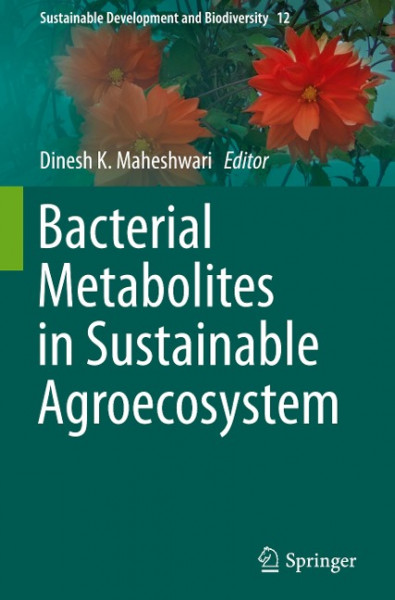 There has been a resurgence of interest in environmental friendly, sustainable and organic cultural practices that warrants high yield and quality in agricultural crops. To enhance sustainable agricultural production and alleviate food scarcity, spoor of majority of microorganisms, especially plant growth and health promoting bacteria of eminent characteristics that allow them for exploitation in agro-ecosystem. Plant growth promoting rhizobacteria are the soil bacteria inhabiting around/on the root surface and are directly or indirectly involved in promoting plant growth and development via production and secretion of various regulatory chemicals in the vicinity of rhizosphere. Among various beneficial bacteria mediated mechanisms include direct production of phytohormones and biosurfactants experiencing quest of research and concept up gradation that can built emerging paradigm (agriculture model). Research on bacteria-mediated phytohormones is crucially important, provides key understanding of the plant growth and development. Various genera including PGPR group of bacteria are potential source of plant growth regulators. Application of such organism allow plants to survive under abiotic and biotic stress conditions besides govern phytohormone mediated immune response and manage to regulate hormones. Such group of bacteria also produce another important metabolite i.e. biosurfacatants which are involved in many important functions to bacteria itself as well as for the plants and their ecosystem. Biosurfactants may alter nutrient availability, endogenous metabolites such as antibiotics production, root colonization imparting protection from phytopathogens besides eradicating soil contaminants and other pollutants. The role and activities of surfactants produced by bacteria are multifarious in nature. Thus, bacterial phytohormones and biosurfactants are identified as effector molecules in plant- microbe interactions, in pathogenesis and phyto-stimulation which can either be beneficial for the bacteria itself or for the crops. This book highlights current applications and research on bacterial hormones and surfactants to provide a timely overview. The chapters have been contributed by subject experts from around the world and include topics of varied importance which include phytohormones production by rhizospheric and endophytic bacteria, their role in rhizosphere competence, plant growth regulation, bioremediation, biosurfactants as antibiofilm agents and other aspects. This major new work represents a valuable source of information to all those scientists interested in microbial technology with respect to the microbial innovative products and applications towards sustainable agroecosystem. von Maheshwari, Dinesh K.