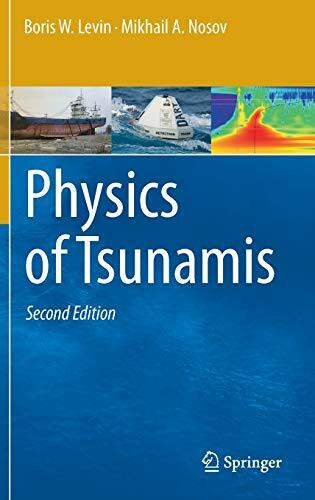 This second edition reflects significant progress in tsunami research, monitoring and mitigation within the last decade. Primarily meant to summarize the state-of-the-art knowledge on physics of tsunamis, it describes up-to-date models of tsunamis generated by a submarine earthquake, landslide, volcanic eruption, meteorite impact, and moving atmospheric pressure inhomogeneities. Models of tsunami propagation and run-up are also discussed. The book investigates methods of tsunami monitoring including coastal mareographs, deep-water pressure gauges, GPS buoys, satellite altimetry, the study of ionospheric disturbances caused by tsunamis and the study of paleotsunamis. Non-linear phenomena in tsunami source and manifestations of water compressibility are discussed in the context of their contribution to the wave amplitude and energy. The practical method of calculating the initial elevation on a water surface at a seismotectonic tsunami source is expounded. Potential and eddy traces of a tsunamigenic earthquake in the ocean are examined in terms of their applicability to tsunami warning. The first edition of this book was published in 2009. Since then, a few catastrophic events occurred, including the 2011 Tohoku tsunami, which is well known all over the world. The book is intended for researchers, students and specialists in oceanography, geophysics, seismology, hydro-acoustics, geology, and geomorphology, including the engineering and insurance industries. von Levin, Boris W. und Nosov, Mikhail A.

Professor Boris W. Levin is a corresponding Member of the Russian Academy of Sciences and Director of the Institute of Marine Geology and Geophysics, Far East Branch of RAS, in Yuzhno-Sakhalinsk, Russia. He is a member of IUGG Tsunami Commission, American Geophysical Union, Seismological Society of America and National Geographic Society. He has more than 200 scientific publications in the fields of geophysics, tsunamis, seaquakes, seismology.Mikhail A. Nosov is a Professor of Physics of Sea and Inland Waters at the Faculty of Physics of M.V. Lomonosov Moscow State University, Russia. He is an active participant to the EGS and EGU meetings. As co-convener and UNESCO contractor, he organized the International Workshop on "Local Tsunami Warning and Mitigation" (2002). In 2005 he was awarded Plinius Medal of European Geosciences Union. He has more than 70 scientific publications in the fields of marine physics, tsunamis, seaquakes.