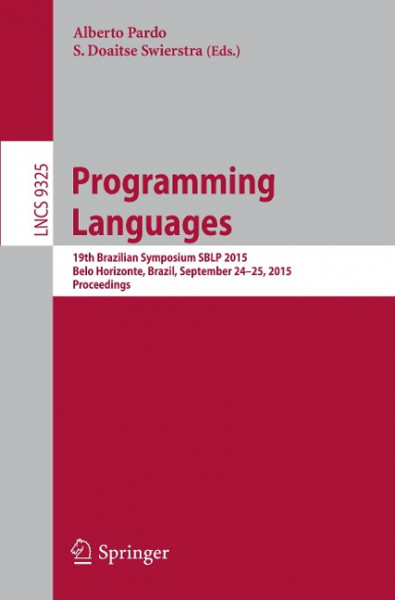 This book constitutes the proceedings of the 19th Brazilian Symposium on Progamming Languages, SBLP 2015, held in Belo Horizonte, Brazil, in September 2015.  The 10 papers presented in this volume were carefully reviewed and selected from 26 submissions. They deal with fundamental principles and innovations in the design and implementation of programming languages and systems.  von Pardo, Alberto und Swierstra, S. Doaitse