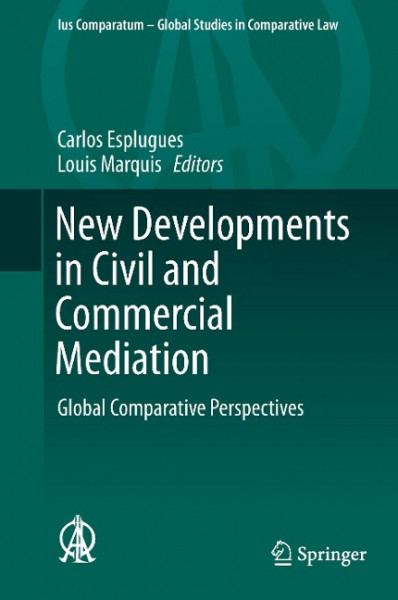 By means of the analysis of more than 20 national jurisdictions of different legal and geographical origin this book provides a general understanding of the developments that civil and commercial mediation is currently undertaking across the world. The book combines 25 national reports with a General Report analyzing the major trends in civil and commercial mediation worldwide. A number of the key variables that make mediation so effective are studied in depth in the book. The concept of mediation, that varies from country to country. Its legal framework and the branches of public and private law in which it is used. The legal condition of the mediation agreement and its relevant conditions of form and content, the responsibilities of the parties in the event that they violate this agreement and the effects of this agreement on potential recourse to the courts or to arbitration, as well as with regard to pending cases. As well as the role played by the mediator, his or her appointment or designation, legal and ethical responsibilities, and the role of institutions in mediation. As well as the mediation process, its applicable rules and principles and its costs are analyzed on comparative basis.The book also pays special attention to the outcome of mediation. The enforceability of the settlement reached both in domestic and cross-border mediations constitutes a basic element for the success of the institution and is thoroughly studied.This volume constitutes a unique instrument for those interested on mediation, either practitioners, judges or academics. von Esplugues, Carlos und Marquis, Louis