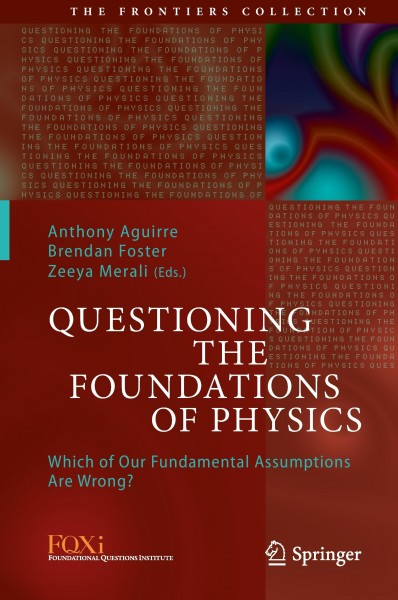 Questioning the Foundations of Physics

Questioning the Foundations of Physics
Which of Our Fundamental Assumptions Are Wrong?

The essays in this book look at way in which the fundaments of physics might need to be changed in order to make progress towards a unified theory. They are based on the prize-winning essays submitted to the FQXi essay competition "Which of Our Basic Physical Assumptions Are Wrong?", which drew over 270 entries.As Nobel Laureate physicist Philip W. Anderson realized, the key to understanding nature's reality is not anything "magical", but the right attitude, "the focus on asking the right questions, the willingness to try (and to discard) unconventional answers, the sensitive ear for phoniness, self-deception, bombast, and conventional but unproven assumptions."The authors of the eighteen prize-winning essays have, where necessary, adapted their essays for the present volume so as to (a) incorporate the community feedback generated in the online discussion of the essays, (b) add new material that has come to light since their completion and (c) to ensure accessibility to a broad audience of readers with a basic grounding in physics.The Foundational Questions Institute, FQXi, catalyzes, supports, and disseminates research on questions at the foundations of physics and cosmology, particularly new frontiers and innovative ideas integral to a deep understanding of reality, but unlikely to be supported by conventional funding sources. von Aguirre, Anthony und Foster, Brendan und Merali, Zeeya