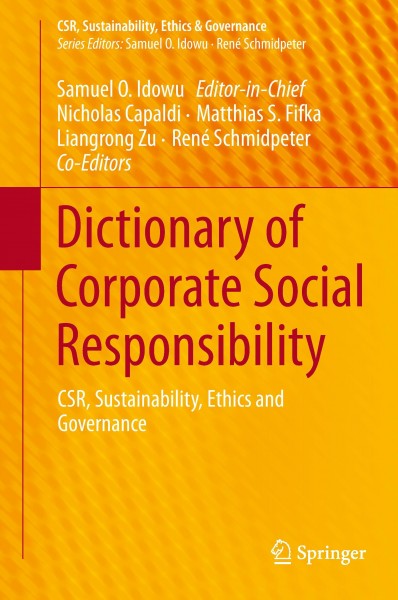 This book is a concise and authoritative reference work and dictionary in the field of corporate social responsibility, sustainability, business ethics and corporate governance. It provides reliable definitions to more than 600 terms and concepts for researchers and professionals alike. By its definitions the dictionary helps users to understand the meanings of commonly used terms in CSR, and the roles and functions of CSR-related international organizations. Furthermore, it helps to identify keynotes on international guidelines, codes and principles relevant to CSR. The role of CSR in the business world has developed from a fig leaf marketing front into an important and indispensable aspect of corporate behavior over the past years. Sustainable strategies are valued, desired and deployed more and more by relevant players in business, politics, and societies all over the world. Both research and corporate practice therefore see CSR as a guiding principle for business success.  von Idowu, Samuel O.