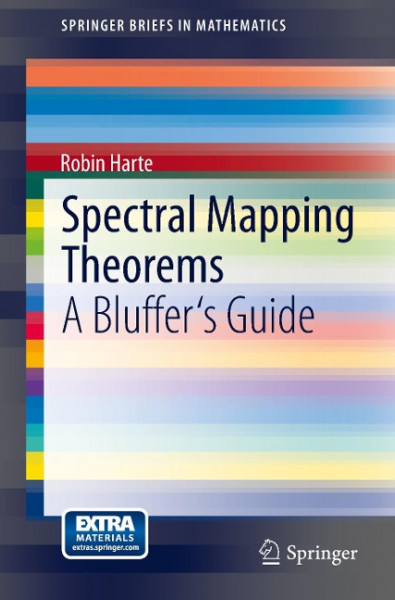 Written by an author who was at the forefront of developments in multi-variable spectral theory during the seventies and the eighties, this guide sets out to describe in detail the spectral mapping theorem in one, several and many variables. The basic algebraic systems - semigroups, rings and linear algebras - are summarised, and then topological-algebraic systems, including Banach algebras, to set up the basic language of algebra and analysis.Spectral Mapping Theorems is written in an easy-to-read and engaging manner and will be useful for both the beginner and expert. It will be of great importance to researchers and postgraduates studying spectral theory. von Harte, Robin

Robin Harte was educated at Belfast High School, Trinity College, Dublin and St. John's College, Cambridge, and has taught in the Universities of Swansea and Cork, Iowa, Alaska and Mexico. After pretending to retire, he went on the academic equivalent of a Road Trip, stopping at Belfast, Fairbanks, Lille and Mexico, with frequent stop-overs at Texas, Stellenbosch, Nis, Palermo and Seoul.