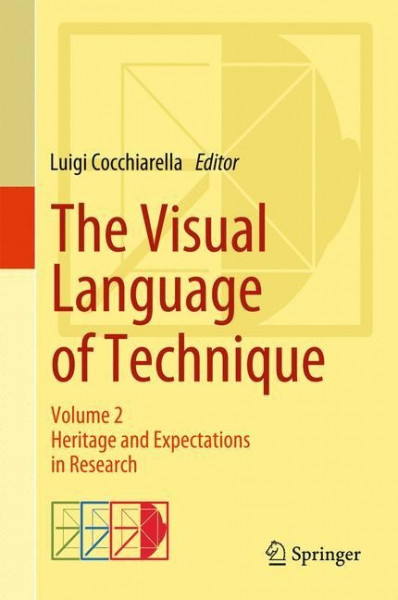 The Visual Language of Technique. Vol. 2

The Visual Language of Technique. Vol. 2
Volume 2 - Heritage and Expectations in Research

The book is inspired by the second seminar in a cycle connected to the celebrations of the 150th anniversary of the Politecnico di Milano. "Working with the Image Description Processing Prediction" was the motto of this meeting, aiming to point out the role of Visual Language not only in describing reality, but also in supporting the thinking processes in Science (prediction), in Art (invention), in Technical studies (prevision) and in identifying and working on both visible and invisible phenomena. As John Barrow states, "So often a picture is better than a thousand words" and "The visual language is the most natural, while the other language could reasonably be considered as 'postscripts' to the human story". The essays included in the volume (from lectures, the poster session, interviews and round table) will show the wide range of technical possibilities connected with the present use of the Image, especially thanks to Computer Graphics, from 3D Modeling to Augmented Reality, while also offering a glimpse of interesting theoretical perspectives. In the end, as noted by Martin Heidegger, the word "theory" not only comes from the Ancient Greek verb "theoreo", that is "to see, to observe", but it also echoes the words "theos" and "thea", namely "god" and "goddess", and above all, it shares the root with the term "aletheia", which is the "truth", which is not far from the ultimate goal of research. von Cocchiarella, Luigi