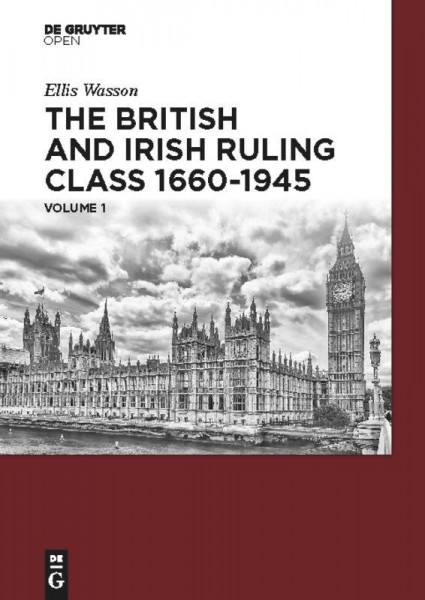 This book contains an account of the 2,352 families (close to 3,000 counting cadet lines) that had one member sit in either House of the English, British, or United Kingdom Parliament, the Irish Parliament, or the Scottish Parliament between 1660 and 1945 and was represented in one of these Parliaments by at least three members at any time between the Middle Ages and 2015. Nearly 20,000 individuals are included in the main listings. Information is provided about social origins, ownership of country houses, wealth, honors, offices held, and links with associated families. The list provides a comprehensive reference source for the governing class of Great Britain and Ireland from Oliver Cromwell to Winston Churchill, and offers a deep pool of data to support analysis of social, political, economic, and cultural history in the British Isles over the course of more than four centuries. The British and Irish ruling class was a political, social, and economic elite. It constituted a hereditary landed aristocracy, constantly renewed and expanded by commercial and manufacturing wealth, that dominated government into the nineteenth century, remained potent in the twentieth century, and helped shape the modern world. Volume II available here von Wasson, Ellis A.