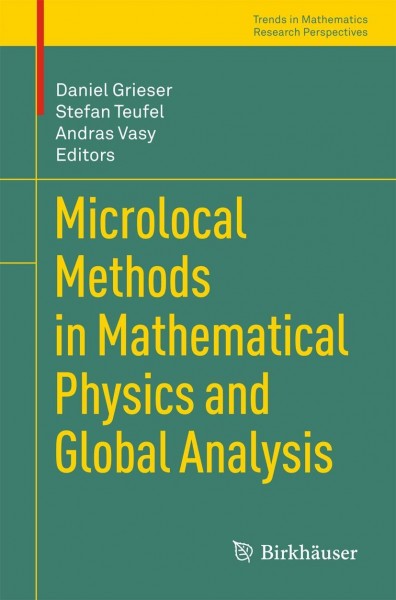 Microlocal analysis is a field of mathematics that was invented in the mid-20th century for the detailed investigation of problems from partial differential equations, which incorporated and made rigorous many ideas that originated in physics. Since then it has grown to a powerful machine which is used in global analysis, spectral theory, mathematical physics and other fields, and its further development is a lively area of current mathematical research. In this book extended abstracts of the conference 'Microlocal Methods in Mathematical Physics and Global Analysis', which was held at the University of Tübingen  from the 14th to the 18th of June 2011, are collected.¿   von Grieser, Daniel