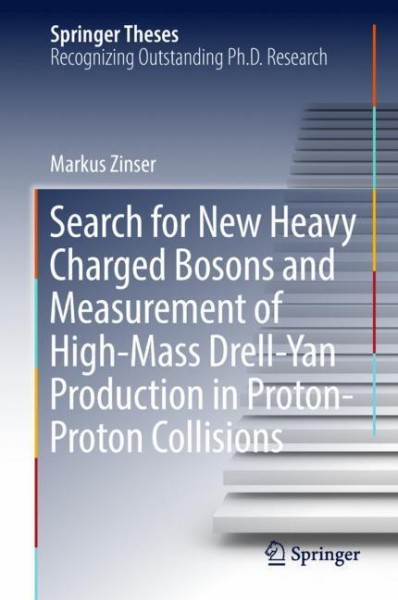 This book presents two analyses, the first of which involves the search for a new heavy charged gauge boson, a so-called W' boson. This new gauge boson is predicted by some theories extending the Standard Model gauge group to solve some of its conceptual problems. Decays of the W' boson in final states with a lepton (l± = e± , µ±) and the corresponding (anti-)neutrino are considered. Data collected by the ATLAS experiment in 2015 at a center of mass energy of vs =13 TeV is used for the analysis. In turn, the second analysis presents a measurement of the double-differential cross section of the process pp-Z/gamma^* + X - l^+l^- + X, including a gamma gamma induced contribution, at a center of mass energy of sqrt{s} = 8 TeV. The measurement is performed in an invariant mass region of 116 GeV to 1500 GeV as a function of invariant mass and absolute rapidity of the l^+l^-- pair, and as a function of invariant mass and pseudorapidity separation of the l^+l^-- pair. The data analyzed was recorded by the ATLAS experiment in 2012 and corresponds to an integrated luminosity of 20.3/fb. It is expected that the measured cross sections are sensitive to the PDFs at very high values of the Bjorken-x scaling variable, and to the photon structure of the proton. von Zinser, Markus