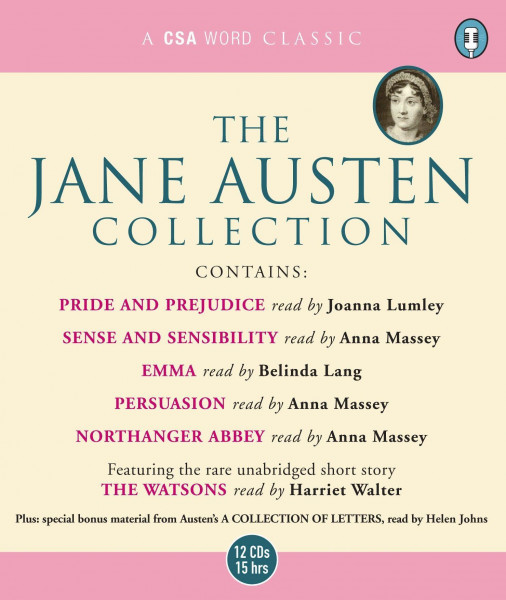 Pride and Prejudice - An elegant tableau revolving around the five Bennett daughters, including clever, strong-spirited Elizabeth. Austen's masterpiece is a study of love, loss and snobbery.Sense and Sensibility - The engaging story of sisters Elinor and Marianne, whose lives are turned upside down when they are left almost penniless following the death of their father. Two men with whom the sisters form attachments present more unforeseen challenges along the way.Emma - Emma is an exquisitely crafted social portrait of late Eighteenth-century society, widely considered to be Austen's most literarily accomplished work. Emma Woodhouse, self-appointed meddling matchmaker, stands to lose out on love herself if she isn't careful.Persuasion - In part autobiographical, Persuasion has a quieter sense of humour, and takes a more serious tone, than some of Austen's other novels. Anne Elliot is revisited by her ex-fianc¿e, coinciding with a downturn in her family's fortunes, and has some choices to make.Northanger Abbey - Young and susceptible, Catherine Morland expects dark secrets and many dangers to be lurking in the hidden recesses of Northanger Abbey. In fact, the real obstacles lying in her path are more mundane but just as serious as her imagined horrors.The collection also includes 2 Bonus CDs including The Watsons, an early Austen short story, and a collection of letters. Titles read by highly-acclaimed British actresses including Anna Massey, Harriet Walter and Joanna Lumley. von Austen, Jane und Lumley, Joanna und Lang, Belinda und Massey, Anna

Jane Austen (1775-1817) was an English novelist famed for her satirical social commentary and romantic fiction.