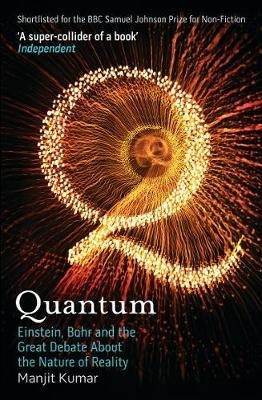 Quantum
Einstein, Bohr and the Great Debate About the Nature of Reality

The dramatic story of one of the most important and challenging scientific theories of the twentieth century, set in the context of the great social and economic upheavals of the period. Kumar's powerful history shows how a small band of young, mostly German scientists developed a theory which baffled fellow scientists and ignited one of the most ferocious intellectual debates of the century. Popular science. von Kumar, Manjit