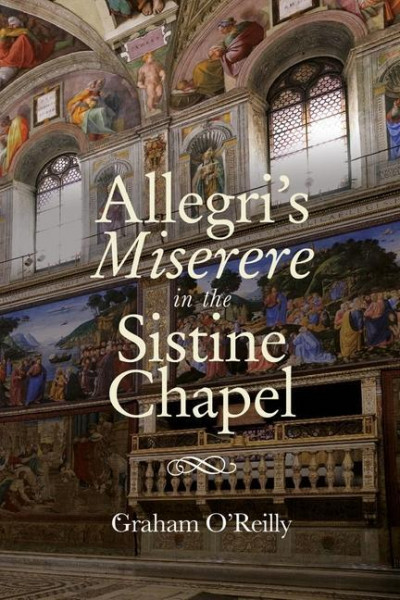 Allegri's Miserere in the Sistine Chapel

Allegri's Miserere in the Sistine Chapel

The Miserere attributed to the Italian composer Gregorio Allegri (1582-1652) is one of the most popular, often performed and recorded choral pieces of late Renaissance/early Baroque music. It was composed during the reign of Pope Urban VIII in the 1630s, for the exclusive use of the Papal Choir in the Sistine Chapel during Holy Week, the last of thirteen surviving Misereres sung at the services of Tenebræ since 1514. When the young Mozart visited Rome, so the story goes, he transcribed it from memory, risking excommunication but helping posterity to reclaim the piece. Yet the Miserere known today bears little resemblance to Allegri's original or to its method of performance before 1900. This book is the first detailed account of this iconic work's performance history in the Sistine Chapel, in particular focussing on its heyday in the eighteenth and nineteenth centuries. Rather thanlooking at the Miserere as a work on paper, the key to its genesis - as this book reveals - can only be found in a performance context. The book includes consideration both of the implications of that context in recreatingit for performance, and of the history and practice of the "English Miserere" - the version commonly heard today. Appendices present key source transcriptions and two performance editions. GRAHAM O'REILLY is founder andconductor of the French-based Ensemble William Byrd, which recorded the Miserere from a late Vatican manuscript in 2000. von O'Reilly, Graham