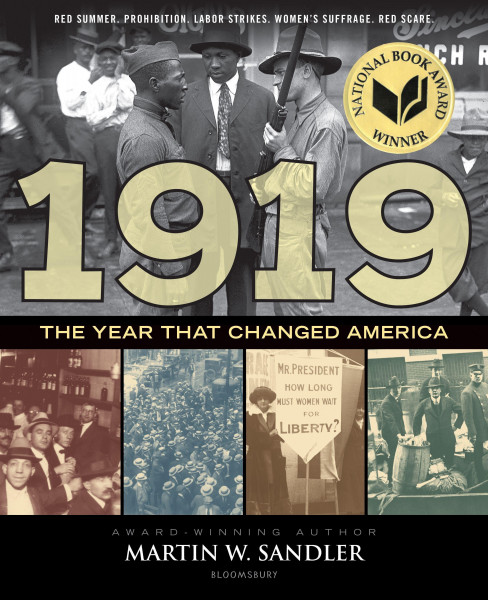 1919 the Year That Changed America

1919 the Year That Changed America

WINNER OF THE 2019 NATIONAL BOOK AWARD1919 was a world-shaking year. America was recovering from World War I and black soldiers returned to racism so violent that that summer would become known as the Red Summer. The suffrage movement had a long-fought win when women gained the right to vote. Laborers took to the streets to protest working conditions; nationalistic fervor led to a communism scare; and temperance gained such traction that prohibition went into effect. Each of these movements reached a tipping point that year. Now, one hundred years later, these same social issues are more relevant than ever. Sandler traces the momentum and setbacks of these movements through this last century, showing that progress isn't always a straight line and offering a unique lens through which we can understand history and the change many still seek. von Sandler, Martin W.