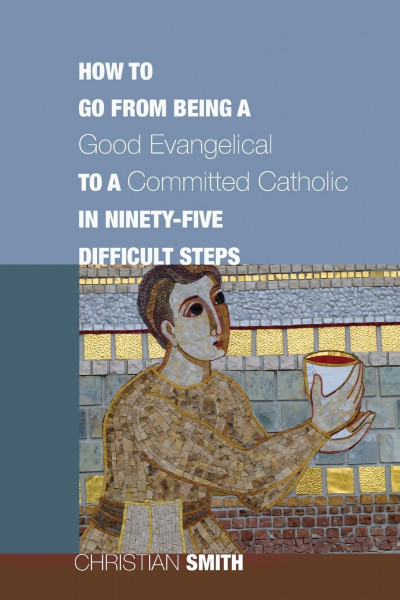 Synopsis:American evangelicalism has recently experienced a new openness to Roman Catholicism, and many evangelicals, both famous and ordinary, have joined the Catholic Church or are considering the possibility. This book helps evangelicals who are exploring Catholicism to sort out the kind of concerns that typically come up in discerning whether to enter into the full communion of the Catholic Church. In simple language, it explains many theological misunderstandings that evangelicals often have about Catholicism and suggests the kind of practical steps many take to enter the Catholic Church. The book frames evangelicals becoming Roman Catholic as a kind of "paradigm shift" involving the buildup of anomalies about evangelicalism, a crisis of the evangelical paradigm, a paradigm revolution, and the consolidation of the new Catholic paradigm. It will be useful for both evangelicals interested in pursuing and understanding Catholicism and Catholic pastoral workers seeking to help evangelical seekers who come to them.Endorsements:"While showing appreciation and respect for his evangelical patrimony, Christian Smith offers a careful, clear, and thoughtful path to the Catholic Church for those evangelicals who are entertaining Catholicism as they seek to walk more authentically in Christ. This is a truly unique contribution to the growing literature authored by former evangelicals who have found their way to St. Peter's barque." -Francis J. Beckwithauthor of Return to Rome: Confessions of An Evangelical Catholic"Christian Smith is correct in describing why it usually takes a 'paradigm revolution' for an evangelical to become a Catholic. The 'anomalies' he describes for evangelical life are mostly accurate and his presentation of Catholicism is attractive. But this intriguing book would have been even better if it had paused to reflect on why there are so many paradigm shifts in the other direction--of people born Catholic who become evangelical. Anyone--Catholic, evangelical, or a convert in either direction--who responds thoughtfully to the arguments of this book will be a better Christian for having made the effort."-Mark Nollauthor of The Scandal of the Evangelical Mind"I expect that this book may turn out to be the definitive text (short of the Fathers only!) for evangelicals who are prepared to address themselves courageously to the ecclesiological question. Smith's writing is brisk, starkly clear, challenging, and exhaustive (not exhausting!); he leaves no stone unturned. This is the best book I've seen on the topic."-Thomas Howardauthor of On Being CatholicAuthor Biography:Christian Smith is the William R. Kenan, Jr. Professor of Sociology at the University of Notre Dame. He is the author of The Bible Made Impossible (2011), What is a Person? (2010), and Souls in Transition (2009). von Smith, Christian