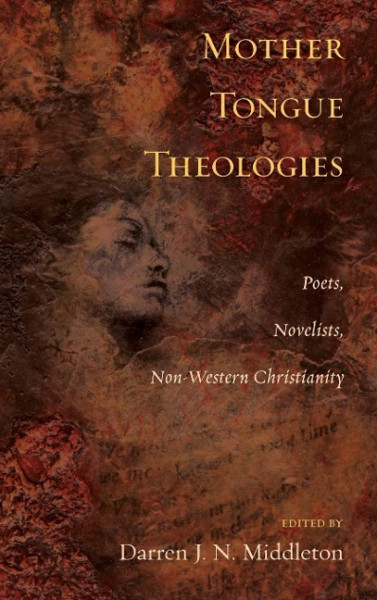 Description: Recognizing that one-third of the world's Christians practice their faith outside Europe and North America, the fourteen essays in Mother Tongue Theologies explore how international fiction depicts Christianity's dramatic movement South and East of Jerusalem as well as North and West. Structured by geographical region, this collection captures the many ways in which people around the globe receive Christianity. It also celebrates postcolonial literature's diversity. And it highlights non-Western authors' biblical literacy, addressing how and why locally rooted Christians invoke Scripture in their pursuit of personal as well as social transformation. Featured authors include Fyodor Dostoevsky, Constantine Cavafy, Scott Cairns, Chinua Achebe, Madam Afua Kuma, Earl Lovelace, V. S. Reid, Ernesto Cardenal, Helena Parente Cunha, Arundhati Roy, Mary Martha Sherwood, Marguerite Butler, R. M. Ballantyne, Rudyard Kipling, Nora Okja Keller, Amy Tan, Albert Wendt, and Louise Erdrich. Individual essayists rightly come to different conclusions about Christianity's global character. Some connect missionary work with colonialism as well as cultural imperialism, for example, and yet others accentuate how indigenous cultures amalgamate with Christianity's foreignness to produce mesmerizing, multiple identities. Differences notwithstanding, Mother Tongue Theologies delves into the moral and spiritual issues that arise out of the cut and thrust of native responses to Western Christian presence and pressure. Ultimately, this anthology suggests the reward of listening for and to such responses, particularly in literary art, will be a wider and deeper discernment of the merits and demerits of post-Western Christianity, especially for Christians living in the so-called post-Christian West. Endorsements: ""In a world where the reality of globalization pervades our every experience, it is only right we should now have a volume that explores so ably the globalizing of Western Christianity-and not only its theology, but the means of expressing that theology. The re-configuration, and in some cases re-creation, of Christian meaning into local language, as impressively drawn into a collective here, invites us now to think in terms of a transnational aesthetic, one which carries new potential for our understanding of 'transcendence'."" --Andrew W. Hass University of Stirling ""This book presents the reader with a remarkable array of essays on Christianity in world literature outside the Western tradition, from Christian communities both ancient and modern. It demonstrates the power of poetry and fiction to illuminate the riches of a religious tradition that is capable of extraordinary cultural adaptations in a diversity of political and historically defined contexts. It should be widely read in the West as a brilliant illustration of imaginative and intellectual capacity of the Christian churches both new and old throughout the world."" --David Jasper University of Glasgow and Renmin University of China ""This highly ambitious volume extends the study of the relationship between Christianity and literature to a global context, beyond the Western world to which the vast preponderance of previous scholarship has heretofore confined itself. Given this purpose, the volume necessarily and explicitly focuses upon 'non-Western' Christianity, dividing the subject up, not only culturally, but also, in effect, according to geography. It is a pathbreaking book in the most positive sense of the metaphor."" --Eric Ziolkowski Lafayette College ""Novels are the most attractive means of presenting specific situations. Thus Mother Tongue Theologies provides specific contextual portrayals of global and diverse Christianities, from Eastern orthodoxy to Native (or First Peoples) American. These portrayals, whether positive or negative, are means to understanding both the other and one's own understanding of Christianity. Required source for all learning abo von Middleton, Darren J. N.