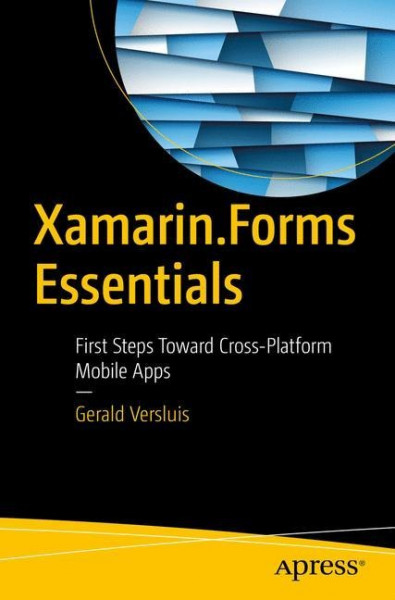 Learn the bare essentials needed to begin developing cross-platform, mobile apps using Xamarin.Forms. Apps can be easily deployed to Google Play or to the Apple App Store. You will gain insight on architecture and how to arrange your app's design, where to begin developing, what pitfalls exist, and how to avoid them. Also covered are expected new features in Xamarin.Forms 3.0, so you may be prepared ahead of time for what the next release brings.  Xamarin.Forms Essentials provides a brief history of Xamarin as a company, including how their product has become one of the most-used, cross-platform technologies for enterprise applications and app development across the world. Examples in the book are built around a real-life example that is an actual app in Google Play and in the Apple App Store, and has thousands of downloads between iOS and Android. You will learn how an application is set up from scratch, and you will benefit from the author's hard-won experience and tips in addressing various development challenges.  What You'll LearnCreate cross-platform user interfaces from one code base for both iOS and Android See how a commercial application is built and then deployed for sale in the app stores Integrate your Xamarin.Forms applications with third-party, RESTful APIs Arrange application architecture to avoid pitfalls and optimize your design Get a heads-up on new features released as part of Xamarin.Forms 3.0 Choose appropriately between Xamarin.Forms and traditional Xamarin, depending upon your application needs and its goals Who This Book Is For Mobile app developers who are producing software for multiple platforms, including Google Android and Apple iOS. Readers should be familiar with Visual Studio either on Mac OS X or Windows, and have a working knowledge of C#.  von Versluis, Gerald

Gerald Versluis is a full stack software developer and Microsoft MVP from Holland. He has many years of experience working with Xamarin and .NET technologies. Gerald has been involved in a variety of roles in numerous different projects. A great number of these projects involve developing Xamarin apps. Not only does Gerald like to code, but he also is keen on spreading his knowledge and gaining some in the bargain. Gerald speaks, provides training sessions, and writes blogs and articles in his spare time.