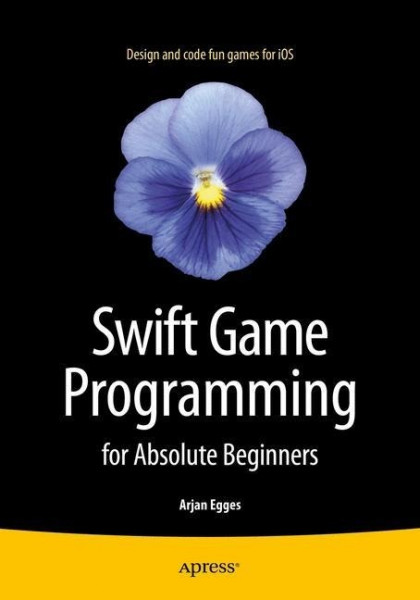 "Concepts of game programming are explained well, and no prior knowledge of Swift language programming is required. ... The images and audio provided are professional and clean." William Fahle, Computing Review, May 31, 2016Swift Game Programming for Absolute Beginners teaches Apple's Swift language in the context of four, fun and colorful games. Learn the Swift 2.0 language, and learn to create game apps for iOS at the same time - a double win! The four games you'll develop while reading this book are:PainterTut's TombPenguin PairsTick TickThese four games are casual, arcade-style games representing the aim-and-shoot, casual, puzzle, and platform styles of game play. Professionally developed game assets form part of the book download. You'll get professionally drawn sprites and imagery that'll have you proud to show your learning to friends and family.The approach in Swift Game Programming for Absolute Beginners follows the structure of a game rather than the syntax of a language. You'll learn to create game worlds, manage game objects and game states, define levels for players to pass through, implement animations based upon realistic physics, and much more. Along the way you'll learn the language, but always in the context of fun and games. Swift is Apple's new programming language introduced in 2014 to replace Objective-C as the main programming language for iOS devices and Mac OS X. Swift is a must learn language for anyone targeting Apple devices, and Swift Game Programming for Absolute Beginners provides the most fun you'll ever have in stepping over the threshold toward eventual mastery of the language. von Egges, Arjan

Arjan Egges is an associate professor in Computer Science at Utrecht University in the Netherlands. He is responsible there for research in the area of computer animation, and he heads the university s motion capture lab in the animation department. Arjan has written over 30 research papers on animation. He is the founder of the highly successful, annual ACM SIGGRAPH conference on Motion in Games, of which the proceedings have been published by Springer-Verlag. Arjan is responsible for having designed Utrecht University s computer animation course offerings in the Game and Media Technology master s program, and he is currently the leader of that master s program. In 2011 he designed the introductory programming course for the university s bachelor s degree offering in Game Technology. He is coauthor of the book Learn C# by Programming Games, published in 2013 by Springer.