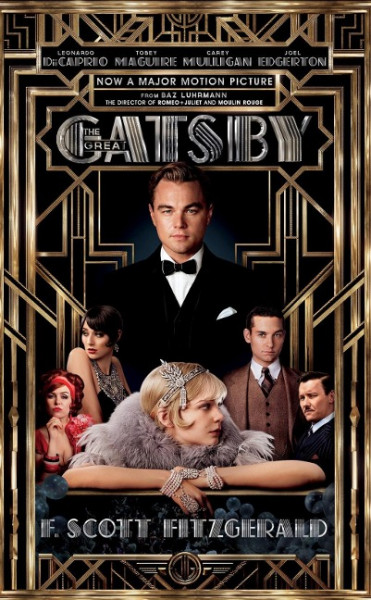 The great American classic is now a major motion picture directed by Baz Luhrmann and starring Leonardo DiCaprio, Tobey Maguire, and Carey Mulligan.The Great Gatsby, F. Scott Fitzgerald's third book, stands as the supreme achievement of his career. This exemplary novel of the Jazz Age has been acclaimed by generations of readers. The story of the fabulously wealthy Jay Gatsby and his love for the beautiful Daisy Buchanan, of lavish parties on Long Island at a time when The New York Times noted "gin was the national drink and sex the national obsession,” it is an exquisitely crafted tale of America in the 1920s.The Great Gatsby is one of the great classics of twentieth-century literature. von Fitzgerald, F. Scott

F. Scott Fitzgerald was born in St. Paul, Minnesota, in 1896. He attended Princeton University, joined the United States Army during World War I, and published his first novel, This Side of Paradise, in 1920. That same year he married Zelda Sayre and for the next decade the couple lived in New York, Paris, and on the Riviera. Fitzgerald's masterpieces include The Beautiful and Damned, The Great Gatsby, and Tender Is the Night. He died at the age of forty-four while working on The Last Tycoon. Fitzgerald's fiction has secured his reputation as one of the most important American writers of the twentieth century.