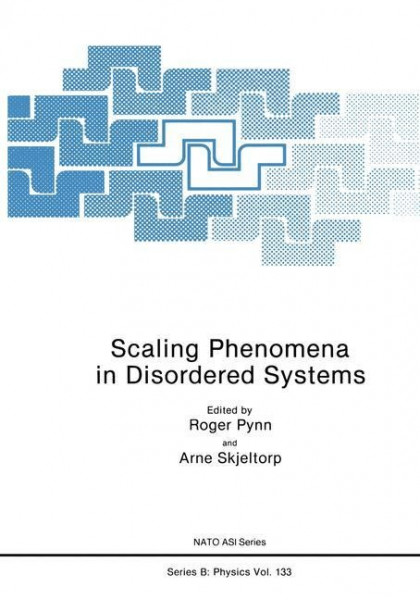 This volume comprises the proceedings of a NATO Advanced Study Institute held in Geilo, Norway, between 8-19 April 1985. Although the principal support for the meeting was provided by the NATO Committee for Scientific Affairs, a number of additional sponsors also contributed, allowing the assembly of an unusually large number of internationally rec­ ognized speakers. Additional funds were received from: EXXON Research and Engineering Co. IBM (Europe) Institutt for energiteknikk (NorwaY) Institut Lauge-Langevin (France) The Norwegian Research Council for Science and Humanities NORDITA (Denmark) The Norwegian Foreign Office The U. S. Army Research, Development and Standardization Group (Europe) The U. S. National Science Foundation - The Norwegian Council for Science and Letters The organizing committee would like to take this opportunity to thank these contributors for their help in promoting a most exciting rewarding meeting. This Study Institute was the eighth of a series of meetings held in Geilo on subjects related to phase transitions. In contrast to previous meetings which were principally concerned with transitions in ordered systems, this school addressed the problems which arise when structural order is absent. The unifying feature among the subjects discussed at the school and the link to themes of earlier meetings was the concept of scaling. von Skjeltorp, Arne und Pynn, Roger