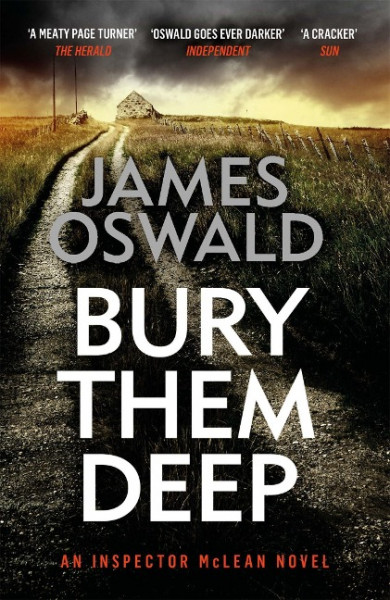 The tenth book in the Sunday Times bestselling phenomenon that is the Inspector McLean series, from one of Scotland's most celebrated crime writers.When a key member of the Police Scotland team fails to clock-in for work, concern for her whereabouts is immediate... and the discovery of her burnt-out car in remote woodland to the south of Edinburgh sets off a desperate search for the missing woman. Meanwhile, DCI Tony McLean and the team are preparing for a major anti-corruption operation - one which may raise the ire of more than a few powerful people in the city. Is Anya Renfrew's disappearance a co-incidence, or related to the case? McLean's investigations suggest that perhaps that Anya isn't the first woman to have mysteriously vanished in these ancient hills. Once again, McLean can't shake the feeling that there is a far greater evil at work here...Praise for James Oswald: 'The new Ian Rankin' (Daily Record) 'Oswald's writing is a class above' (Express) 'Crime fiction's next big thing' (Sunday Telegraph)'A master of the macabre' (Vaseem Khan) 'A wonderful, fast-paced thriller' (Michael Wood) von Oswald, James

James Oswald is the author of the Sunday Times bestselling Inspector McLean series of detective mysteries, as well as the new DC Constance Fairchild series. James's first two books, NATURAL CAUSES and THE BOOK OF SOULS, were both short-listed for the prestigious CWA Debut Dagger Award. WHAT WILL BURN is the eleventh book in the Inspector Mclean Series.James farms Highland cows and Romney sheep by day, writes disturbing fiction by night.