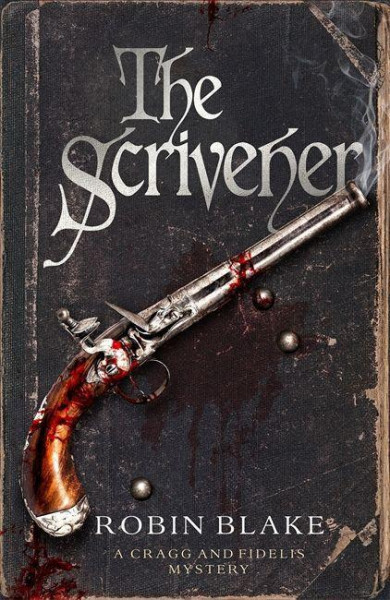 The year is 1742, and the people of Preston are looking forward to their ancient once-every-twenty-years festival of merriment and excess, the Preston Guild. But the prospect darkens as the town plunges into a financial crisis caused by the death of pawnbroker and would-be banker Philip Pimbo, apparently shot behind the locked door of his office. Is it suicide? Coroner Titus Cragg suspects so, but Dr Luke Fidelis disagrees. To untangle the truth Cragg must dig out the secrets of Pimbo's personal life, learn the grim facts of the African slave trade, search for a missing Civil War treasure and deal with the machinations of his old enemy Ephraim Grimshaw, now the town's mayor. Mild-mannered as ever, but passionate for justice, Cragg relies once again on the help and advice of his analytical friend Fidelis, his astute wife Elizabeth and the contents of a well-stocked library.Praise for Robin Blake:'Titus is our likeable, fair, humorous narrator, ready to stand up to the threats and bombast of those who prefer the truth to stay hidden' Daily Express'Fascinating . . . Blake's knowledge of an eighteenth century backwater just shaking off medieval superstitions is deep and engaging' Booklist von Blake, Robin

Robin Blake is a novelist, art critic and acclaimed biographer of Anthony Van Dyck and George Stubbs. Born and brought up in Preston, he has lived for many years in London.