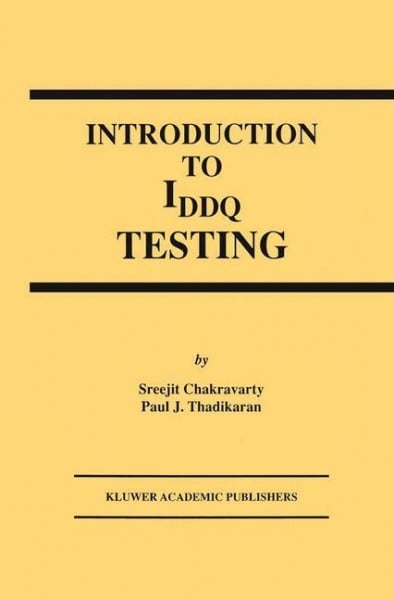 Testing techniques for VLSI circuits are undergoing many exciting changes. The predominant method for testing digital circuits consists of applying a set of input stimuli to the IC and monitoring the logic levels at primary outputs. If, for one or more inputs, there is a discrepancy between the observed output and the expected output then the IC is declared to be defective. A new approach to testing digital circuits, which has come to be known as IDDQ testing, has been actively researched for the last fifteen years. In IDDQ testing, the steady state supply current, rather than the logic levels at the primary outputs, is monitored. Years of research suggests that IDDQ testing can significantly improve the quality and reliability of fabricated circuits. This has prompted many semiconductor manufacturers to adopt this testing technique, among them Philips Semiconductors, Ford Microelectronics, Intel, Texas Instruments, LSI Logic, Hewlett-Packard, SUN microsystems, Alcatel, and SGS Thomson. This increase in the use of IDDQ testing should be of interest to three groups of individuals associated with the IC business: Product Managers and Test Engineers, CAD Tool Vendors and Circuit Designers. Introduction to IDDQ Testing is designed to educate this community. The authors have summarized in one volume the main findings of more than fifteen years of research in this area. von Chakravarty, S. und Thadikaran, Paul J.