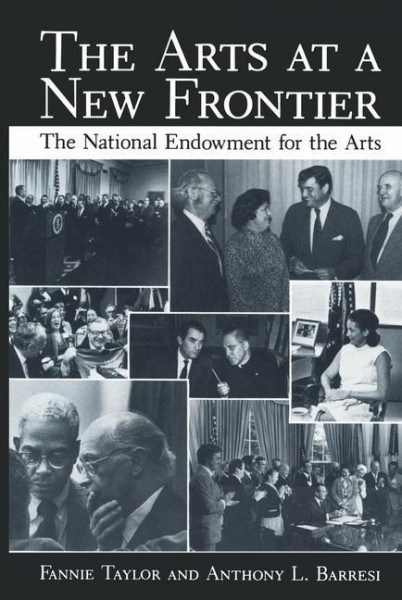 The Arts at a New Frontier

Profound changes were taking place in American society during the period of the 1960s and 1970s when legislation for the National Foundation for the Arts and the Humanities was enacted and the agencies went into operation. It was a period of soul-searching by the American public when the cherished prejudices and civil inequities of the past decades were wiped out and old wounds began to heal; at the same time, however, the Vietnam War was creating new fissures and antagonisms. Into this newly healing, newly questioning society, congressional action thrust the National Council on the Arts in 1964, and the National Endowment for the Arts in 1965. Their mission was to encourage and support the arts, and the men and women charged with this responsibility went about their work with the zeal and enthusiasm of religious converts. The idea of even a minute amount of federal financial assistance to the country's chronically beleaguered and often impoverished artists and arts organi­ zations seemed strange to a segment of the population that had existed in forgot­ ten independence from government intervention. Many of the nation's artists and arts leaders were wary, partly because of the uncertainties and constraints of previous patterns of governmental support. von Taylor, Fannie und Barresi, Anthony L.