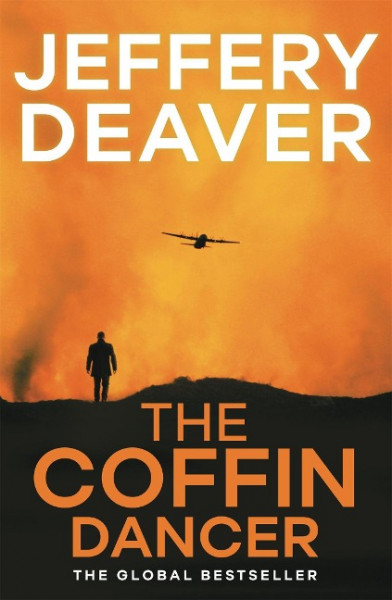 From the author of The Goodbye Man, discover Jeffery Deaver's chilling series that inspired the film starring Angelina Jolie and Denzel Washington, and is now a major NBC TV series The second instalment of the internationally bestselling Lincoln Rhyme series.The Coffin Dancer, America's most wanted hit man, is back with a bang. Hired by an infamous airline owner to take care of three witnesses before his trial, the Coffin Dancer begins by blowing up a pilot - and an entire plane along with him...Enter quadriplegic ex-cop Lincoln Rhyme, the man who can find forensic evidence to hang a man in the smallest debris, and his assistant Amelia Sachs. Despite the growing danger, their job is to keep the remaining two witnesses safe, and to track down the Coffin Dancer before he has chance to finish what he started...But as the first murder proved, this notorious serial killer is not easily stopped, and is more than happy to sacrifice anyone who tries to get in his way.The race is on...'The best psychological thriller writer around' The Times von Deaver, Jeffery

Jeffery Deaver is the award-winning author of three collections of short stories and 32 internationally bestselling novels, including the 2011 James Bond novel Carte Blanche. He is best known for his Lincoln Rhyme thrillers, which include the number one bestsellers The Vanished Man, The Twelfth Card and The Cold Moon, as well as The Bone Collector which was made into a feature film starring Denzel Washington and Angelina Jolie. The first Kathryn Dance novel, The Sleeping Doll, was published in 2007 to enormous acclaim. A three-time recipient of the Ellery Queen Reader's Award for Best Short Story of the year, he has been nominated for an Anthony Award and six Edgar Awards from the Mystery Writers of America. He won the WHSmith Thumping Good Read Award in 2001 and in 2004 won the Crime Writers' Association Steel Dagger for Best Thriller with Garden of Beasts, and their Short Story Dagger for The Weekender from Twisted. Jeffery Deaver lives in North Carolina and California. Visit his website, www.jefferydeaver.com, Facebook page, www.facebook.com/JefferyDeaver, and follow him on Twitter at twitter.com/JefferyDeaver.