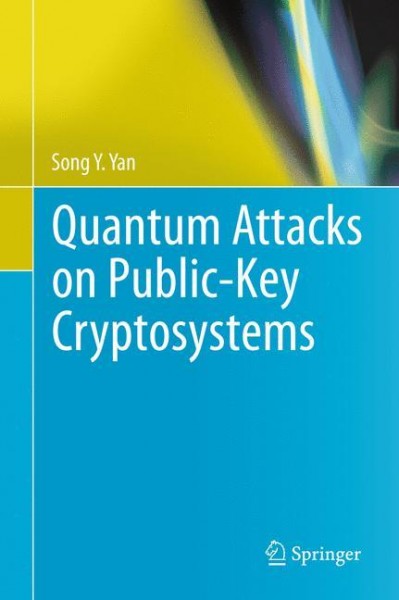 The cryptosystems based on the Integer Factorization Problem (IFP), the Discrete Logarithm Problem (DLP) and the Elliptic Curve Discrete Logarithm Problem (ECDLP) are essentially the only three types of practical public-key cryptosystems in use. The security of these cryptosystems relies heavily on these three infeasible problems, as no polynomial-time algorithms exist for them so far. However, polynomial-time quantum algorithms for IFP, DLP and ECDLP do exist, provided that a practical quantum computer exists.Quantum Attacks on Public-Key Cryptosystems presemts almost all known quantum computing based attacks on public-key cryptosystems, with an emphasis on quantum algorithms for IFP, DLP, and ECDLP. It also discusses some quantum resistant cryptosystems to replace the IFP, DLP and ECDLP based cryptosystems.This book is intended to be used either as a graduate text in computing, communications and mathematics, or as a basic reference in the field. von Yan, Song Y.