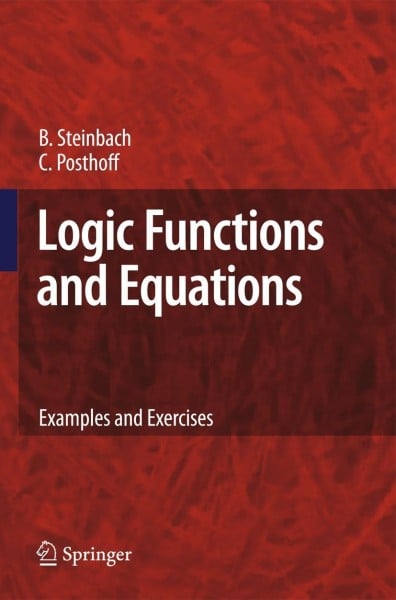 Tsutomu Sasao - Kyushu Institute of Technology, Japan The material covered in this book is quite unique especially for p- ple who are reading English, since such material is quite hard to ?nd in the U.S. literature. German and Russian people have independently developed their theories, but such work is not well known in the U.S. societies. On the other hand, the theories developed in the U.S. are not conveyed to the other places. Thus, the same theory is re-invented or re-discovered in various places. For example, the switching theory was developed independently in the U.S., Europe, and Japan, almost at the same time [4, 18, 19]. Thus, the same notions are represented by di?- ent terminologies. For example, the Shegalkin polynomial is often called complement-free ring-sum, Reed-Muller expression [10], or Positive - larityReed-Mullerexpression [19].Anyway,itisquitedesirablethatsuch a unique book like this is written in English, and many people can read it without any di?culties. The authors have developed a logic system called XBOOLE.Itp- forms logical operations on the given functions. With XBOOLE, the readers can solve the problems given in the book. Many examples and complete solutions to the problems are shown, so the readers can study at home. I believe that the book containing many exercises and their solutions [9] is quite useful not only for the students, but also the p- fessors. von Steinbach, Bernd und Posthoff, Christia