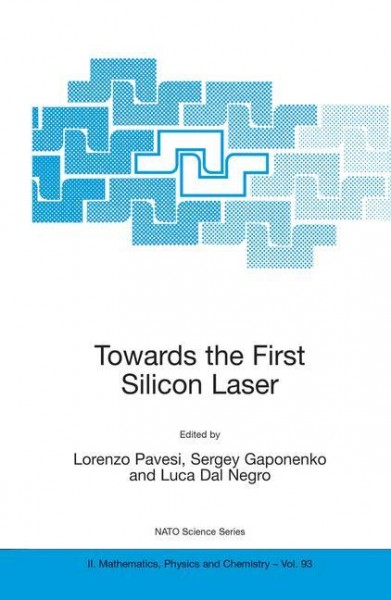 Towards the First Silicon Laser

Towards the First Silicon Laser

Silicon, the leading material in microelectronics during the last four decades, also promises to be the key material in the future. Despite many claims that silicon technology has reached fundamental limits, the performance of silicon microelectronics continues to improve steadily. The same holds for almost all the applications for which Si was considered to be unsuitable. The main exception to this positive trend is the silicon laser, which has not been demonstrated to date. The main reason for this comes from a fundamental limitation related to the indirect nature of the Si band-gap. In the recent past, many different approaches have been taken to achieve this goal: dislocated silicon, extremely pure silicon, silicon nanocrystals, porous silicon, Er doped Si-Ge, SiGe alloys and multiquantum wells, SiGe quantum dots, SiGe quantum cascade structures, shallow impurity centers in silicon and Er doped silicon. All of these are abundantly illustrated in the present book.