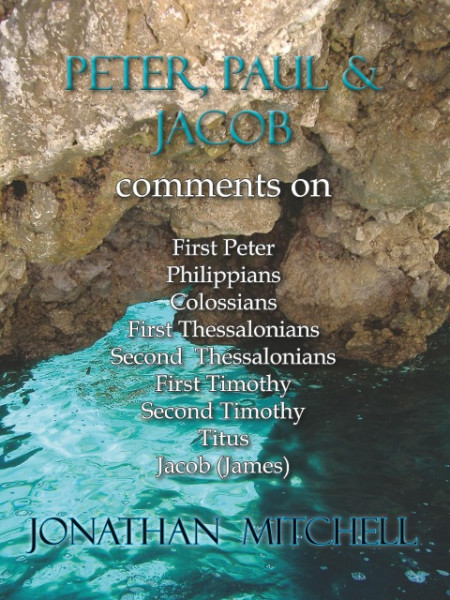 This volume is a collection of commentaries on nine New Testament letters: First Peter, Philippians, Colossians, First Thessalonians, Second Thessalonians, First Timothy, Second Timothy, Titus and Jacob (James). The interpretation and comments are based upon The New Testament, God's Message of Goodness, Ease and Well-being Which Brings God's Gifts of His Spirit, His Life, His Grace, His Power, His Fairness, His Peace and His Love, translated by Jonathan Mitchell. The text of each of these letters is given and the meanings of the verses are explained, giving the significances of the tenses of the Greek verbs that are used, presenting consideration of the multiple functions of the noun cases in prepositional phrases where there is no expressed preposition, and citing other New Testament passages that might have relevance to the verse being discussed. von Mitchell, Jonathan Paul