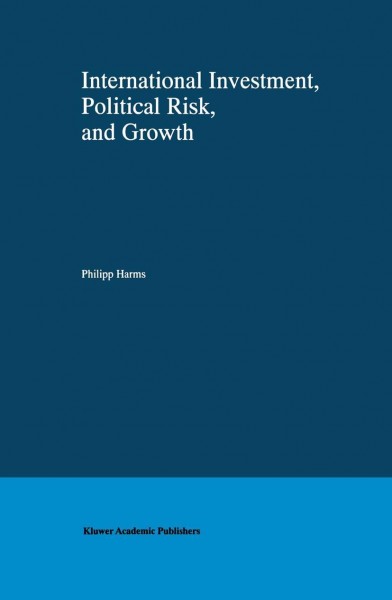 Following substantial policy reforms in many countries, the past decade has been characterized by a remarkable increase of long-term private capital flows to the developing world. However, the bulk of these investments has concentrated on a few economies at the intermediate level of the international income distribution, while the large number of low-income countries has been mostly neglected by international investors. Starting from these observations, International Investment, Political Risk, and Growth analyzes the potential growth effects of liberalizing investment regimes in developing economies and offers an explanation for the apparent bias of private capital flows towards middle-income countries. It demonstrates that the removal of investment barriers may liberate an economy from a vicious circle of poverty, unproductive saving, and low growth, and presents a novel approach to analyzing the role of political risk as a major impediment to greater private capital inflows. Offering a combination of theoretical models and empirical analysis, and discussing both the historical evidence and the recent literature, this book contributes to a better understanding of the determinants and consequences of international investment in developing countries.