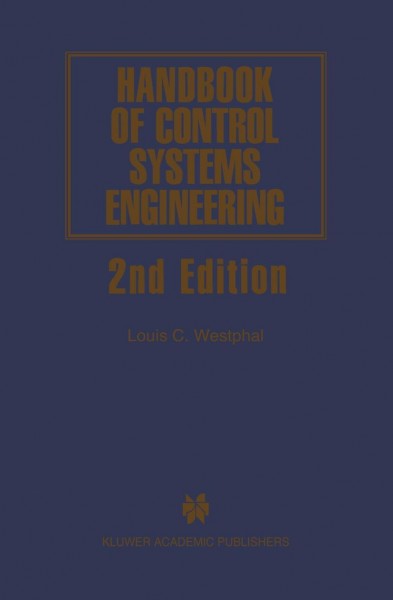 This book is a revision and extension of my 1995 Sourcebook of Control Systems Engineering. Because of the extensions and other modifications, it has been retitled Handbook of Control Systems Engineering, which it is intended to be for its prime audience: advanced undergraduate students, beginning graduate students, and practising engineers needing an understandable review of the field or recent developments which may prove useful. There are several differences between this edition and the first. . Two new chapters on aspects of nonlinear systems have been incorporated. In the first of these, selected material for nonlinear systems is concentrated on four aspects: showing the value of certain linear controllers, arguing the suitability of algebraic linearization, reviewing the semi-classical methods of harmonic balance, and introducing the nonlinear change of variable technique known as feedback linearization. In the second chapter, the topic of variable structure control, often with sliding mode, is introduced. . Another new chapter introduces discrete event systems, including several approaches to their analysis. . The chapters on robust control and intelligent control have been extensively revised. . Modest revisions and extensions have also been made to other chapters, often to incorporate extensions to nonlinear systems. von Westphal, Louis C.