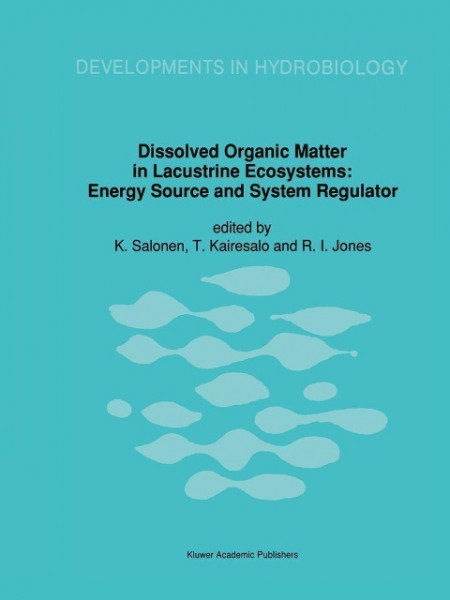 Concentrations of dissolved organic matter (DOM) in lakes are often an order of magnitude greater than concentrations of particulate organic matter; nevertheless, the biogeochemical analysis of DOM is described in only a few textbooks on limnology (most thoroughly by Wetzel). The orgins of dissolved organic substances are largely photosynthetic; DOM is either autochthonously synthesized by littoral and pelagic flora through secretions and autolysis of cellular contents, or allochthonously generated in terrestrial systems of the drainage basin, composing largely of humic substances refractory to rapid microbial degradation. The role of DOM in lacustrine ecosystems, as energy source and system regulator, however, is still poorly known. The aim of this book is: (1) to present state-of-the-art reviews of the role of dissolved autochthonous and allochthonous organic matter in pelagial and littoral zones; and (2) to focus attention on poorly understood but critical topics and hence to provide direction for future research activity. von Salonen, K. und Jones, R. I. und Kairesalo, T.