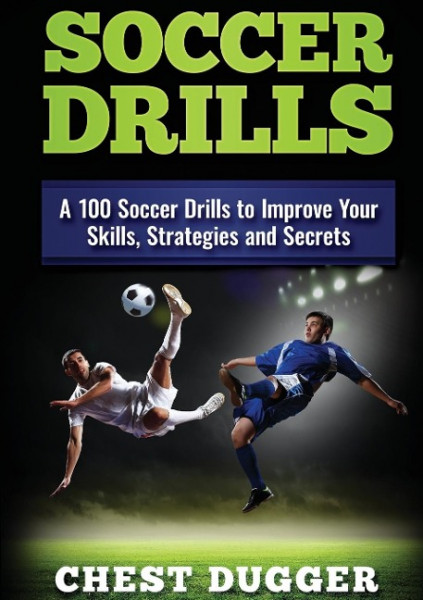 Whether known as football or, as in the US, soccer; the 'beautiful game' is the most popular sport in the world. The best players earn millions of dollars per year, and the greatest clubs are icons in their regions. Children love putting down a couple of jerseys and having a kick around. It is, globally, the team sport that has the greatest public participation and, at the highest level such as the World Cup, top leagues and cup finals, matches are watched live by tens of thousands of cheering fans. Support is only limited by stadium size, with tens or even hundreds of millions following their team on TV. It is therefore no surprise that so many people love to play the game, and want to become better at it. Youngsters dream of becoming the next Pele, Messi, Maradona or Ronaldo. This book offers coaches and players an insight into how to become a better soccer player. There are chapters on the role of the individual in this team game, and the role of the team in a sport lit up by the brilliance of individuals. There are drills listed to help the player and his side. Indeed, it is drills that lead to players becoming experts, as good as they can be. Drills take the individual components of soccer and allow practice in a pressure free, or pressure controlled, environment. What you very much do not want is to be learning new concepts under the pressure of the examination hall. That is the place to show what you can do, not try out risky ideas. In many ways, sport is the same. For soccer, the examination is the match; learning the skills is like gaining your understanding of Shakespeare; applying those skills is automatic in the chaos of the game. Those exercises you worked on in training ensure that you are fit enough to survive the game at your best. And just like a piece of great literature, so a great soccer performance is made up of separate elements, which combine to produce the art form that is the 'beautiful game.' Just as you could examine character, plot, language and metaphor when studying 'Macbeth', a great performance in soccer is made up of control, passing, shooting, defending and teamwork. Those elements can be broken down, practiced and perfected during drills. The drill allows for experimentation; failure and error does not matter. Indeed, we learn through our mistakes. There is less pressure during a drill, so time can be spent getting the individual skills and movements right. A good coach can help a player focus on areas of weakness. Pressure can be introduced slowly, and in a controlled way, ratcheted up to recreate conditions more like those in the match situation. During practice sessions, often younger (and probably older!) players long for the 'game.' 'Can we play a match now?' is the sort of request coaches of younger players will recognize readily. And that is fine, a little match - perhaps one that reinforces the skills on which the session focuses on, makes a fun and useful end to a coaching session. But drills are crucial in helping players to become the best they can be. These skill sessions can be focused on the individual, working on technique perhaps in groups of two to four; they can also be larger group drills, or whole team activities which help mutual understanding and coordination. von Dugger, Chest