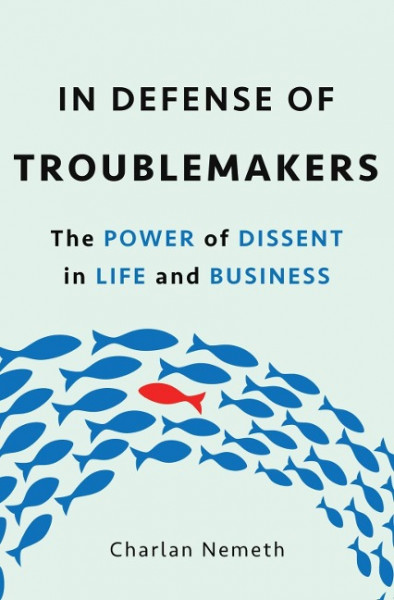 In Defense of Troublemakers

We've decided by consensus that consensus is good. In In Defense of Troublemakers, psychologist Charlan Jeanne Nemeth argues that this principle is completely wrong: left unchallenged, the majority opinion is often biased, unoriginal, or false. It leads planes and markets to crash, causes juries to convict innocent people, and can quite literally make people think blue is green. In the name of comity, we embrace stupidity. We can make better decisions by embracing dissent. Dissent forces us to question the status quo, consider more information, and engage in creative decision-making. From Twelve Angry Men to Edward Snowden, lone objectors who make people question their assumptions bring groups far closer to truth--regardless of whether they are right or wrong. Essential reading for anyone who works in groups, In Defense of Troublemakers will radically change the way you think, listen, and make decisions. von Nemeth, Charlan Jeanne