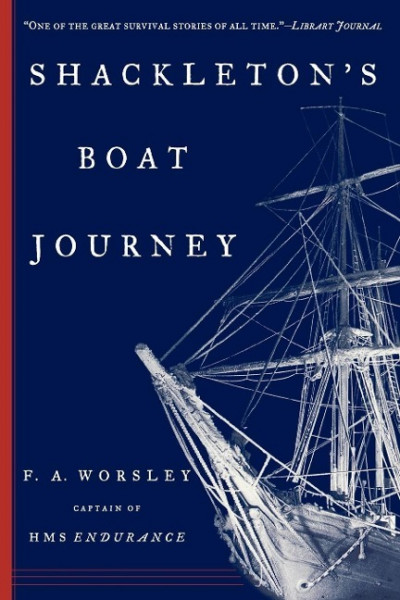 Frank A. Worsley was the captain of the H.M.S. Endurance, the ship used by the legendary explorer Sir Ernest Shackleton in his 1914-16 expedition to the Antarctic. On its way to the Antarctic continent the Endurance became trapped and then crushed by ice, and the ship's party of twenty-eight drifted on an ice floe for five months. Finally reaching an uninhabited island, Shackleton, Worsley, and four others sailed eight hundred miles in a small boat to the island of South Georgia, an astounding feat of navigation and courage. All hands survived this ill-fated expedition; as Worsley writes, "By self-sacrifice and throwing his own life into the balance, [Shackleton von Worsley, Frank Arthur

A native New Zealander, Frank A. Worsley served as a reserve officer in the Royal Navy before becoming captain of the Endurance. He commanded two ships in World War I, for which he was decorated, sailed with Shackleton again in 1921, and in 1925 was the joint leader of the British Arctic Exploration. Worsley died in 1943.