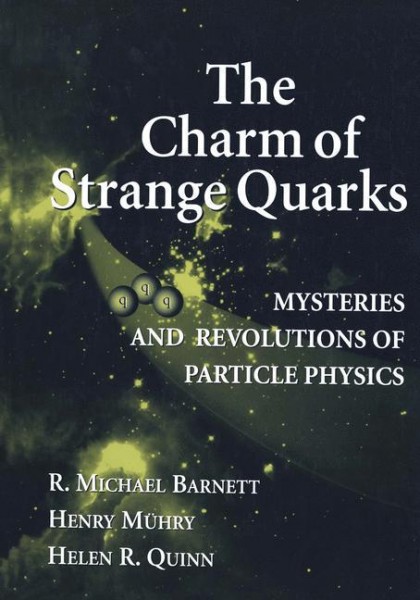 The Charm of Strange Quarks

The Charm of Strange Quarks
Mysteries and Revolutions of Particle Physics

A primer on the evolution of particle physics and the search for the fundamental building blocks of matter, this book presents the full current body of understanding of particle physics in a way that is accessible to readers with some basic principles of physics. This concise book tells the fascinating story of how 20th century physicists revealed layer upon layer of structure within the atom to reach the basic particles of matter, and culminates in descriptions of current theories which form the Standard Model and the discovery of the top quark. It contains many illustrations and photographs, including the famous "Particle Chart", and integrates the stories of the individual scientists throughout. The book is a collaboration among eminent physicists at LBL, CERN and high school teachers to develop a novel book for teaching particle physics to students. It can thus be used as a supplement for courses in advanced high school and physics courses. von Barnett, R. Michael und Muehry, Henry und Quinn, Helen R.