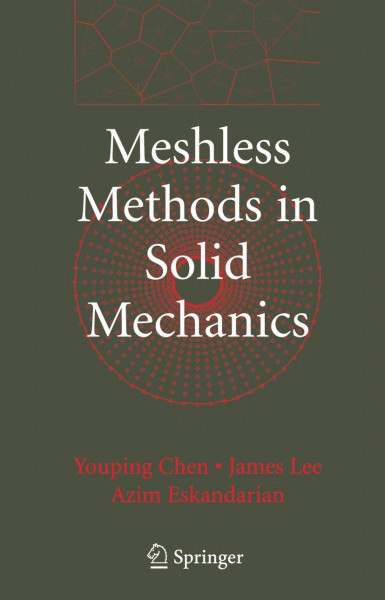 Professor James D. Lee earned his Ph.D from Princeton University in 1971 and has been teaching and/or doing research in universities (Purdue U., West Virginia U., U. of Akron, U. of Minnesota and GWU), industry (The General Tire and Rubber Company), and US government laboratories (NIST and NASA). His research has included liquid crystals, fracture mechanics, composite materials, numerical analyses, control, robotics, metal forming process, finite element methods, meshless methods, atomistic and micro-continuum physics. He has directed eight doctoral dissertations and several master theses, and has published more than 100 technical papers including 50 referred journal articles. He is a registered Professional Engineer in Washington, DC and a member of ASME, American Academy of Mechanics, New York Academy of Science, and Sigma Xi. Dr. Youping Chen is a senior research scientist at the School of Engineering and Applied Science of GWU. She is currently contributing to two major research centers within GWU: The Center for Intelligent Systems Research in smart materials and the FHWA/NHTSA National Crash Analysis Center in computational mechanics. She has over 13 years of experience in engineering mechanics and structural dynamics. Her research experience includes modeling and simulating high-speed railway system, thermoplastic analysis of high-speed impact, meshless methods, atomistic physics and continuum mechanics. She has been conducting advanced research at NCAC on meshless and optimization methods for structures under impact loading. Dr. Chen is currently extending the atomistic physics and continuum mechanics theory in modeling of electromechanical and smart materials. She received a M.S. degree in Engineering Mechanics from Huazhong University of Science and Technology, China in 1991 and D.Sc. degree in Mechanical Engineering from The George Washington University in 2002. Professor Azim Eskandarian was the co-founder (in 1992) and the Director of the FHWA/NHTSA National Crash Analysis Center from 1998-2003, where he conducted extensive research in impact dynamics for crashworthiness of structures/materials. He has conducted research in optimization of structures under impact. This research required exploring meshless methods as a better alternative to non-linear explicit dynamic finite element methods due to reshaping of the structures, contact algorithms, and various complexities of impact phenomena. This research is continuing and has lead to the development of draft manuscript for the proposed book addressing the advantages and critical issues of meshless methods in Solid mechanics. Prof. Eskandarian has twenty-one years of experience in engineering R&D, six years in industry and fifteen years in academia. Dr. Eskandarian is the founding Director of the Center for Intelligent Systems Research which focuses in smart materials/systems and intelligent methods in transportation and automotive applications. He has been Principal Investigator and Co-principal Investigator of over $18.6 million of sponsored research anddirected research groups of more than fifty, including faculty, staff, and students. He has published over 100 technical journal and conference papers. He is a member of ASME, ASCE, SAE, Sigma Xi, Tau Beta Pi, Pi Tau Sigma, and serves on several professional committees. Prof. Eskandarian earned his doctoral and Masters and bachleros degrees in Mechanical engineering in 1991, 1983, and 1982 from George Washington University (Washington, DC), Virginia Polytechnique Institute and State University (Blacksburg , VA) and GWU, respectively.