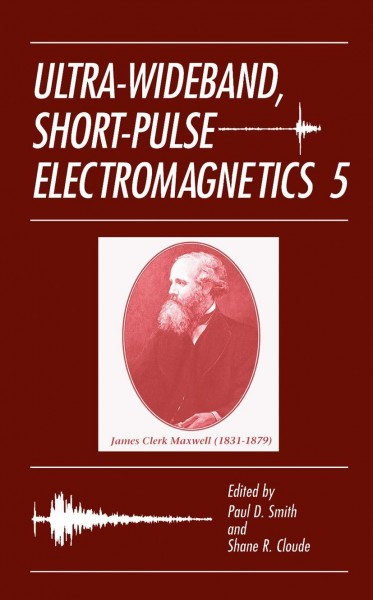 The fifth Conference on Ultra-Wideband Short-Pulse Electromagnetics was held in Scotland from 30 May to 2 June 2000 at the Edinburgh International Conference Centre. It formed part of the EUROEM 2000 International Conference under the chairmanship of David Parkes (DERA, Malvern) and Paul Smith (University of Dundee). It continued the series of international conferences that were held first at the Polytechnic University, Brooklyn, New York in 1992 and 1994, then in Albuquerque, New Mexico in 1996 (as part of AMEREM '96) and more recently in Tel-Aviv, Israel in 1998 (as part of EUROEM '98). The purpose of these meetings is to focus on advanced technologies for the generation, radiation and detection of ultra-wideband short pulse signals, taking into account their propagation, scattering from and coupling to targets of interest; to report on developments in supporting mathematical and numerical methods; and to describe current and potential future applications of the technology. von Smith, Paul D. und Cloude, Shane R.