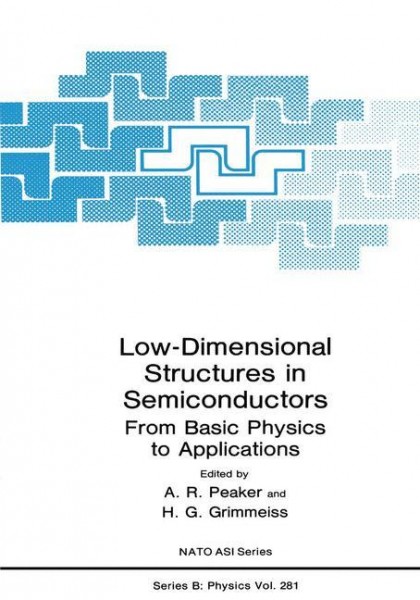 Low-Dimensional Structures in Semiconductors
From Basic Physics to Applications

This volume contains a sequence of reviews presented at the NATO Advanced Study Institute on 'Low Dimensional Structures in Semiconductors ... from Basic Physics to Applications.' This was part of the International School of Materials Science and 1990 at the Ettore Majorana Centre in Sicily. Technology held in July Only a few years ago, Low Dimensional Structures was an esoteric concept, but now it is apparent they are likely to playa major role in the next generation of electronic devices. The theme of the School acknowledged this rapidly developing maturity.' The contributions to the volume consider not only the essential physics, but take a wider view of the topic, starting from material growth and processing, then prog­ ressing right through to applications with some discussion of the likely use of low dimensional devices in systems. The papers are arranged into four sections, the first of which deals with basic con­ cepts of semiconductor and low dimensional systems. The second section is on growth and fabrication, reviewing MBE and MOVPE methods and discussing the achievements and limitations of techniques to reduce structures into the realms of one and zero dimensions. The third section covers the crucial issue of interfaces while the final section deals with devices and device physics.