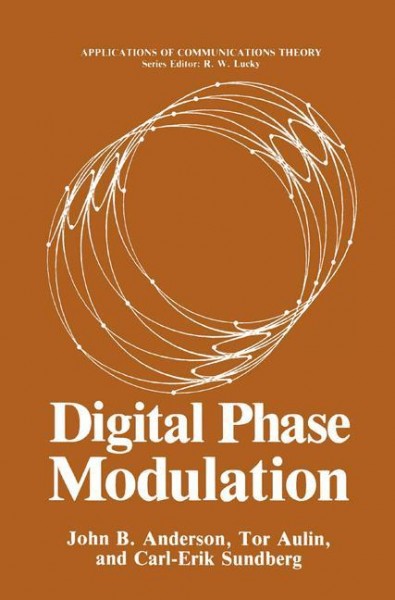 The last ten years have seen a great flowering of the theory of digital data modulation. This book is a treatise on digital modulation theory, with an emphasis on these more recent innovations. It has its origins in a collabor­ ation among the authors that began in 1977. At that time it seemed odd to us that the subjects of error-correcting codes and data modulation were so separated; it seemed also that not enough understanding underlay the mostly ad hoc approaches to data transmission. A great many others were intrigued, too, and the result was a large body of new work that makes up most of this book. Now the older disciplines of detection theory and coding theory have been generalized and applied to the point where it is hard to tell where these end and the theories of signal design and modulation begin. Despite our emphasis on the events of the last ten years, we have included all the traditional topics of digital phase modulation. Signal space concepts are developed, as are simple phase-shift-keyed and pulse-shaped modulations; receiver structures are discussed, from the simple linear receiver to the Viterbi algorithm; the effects of channel filtering and of hardlimiting are described. The volume thus serves well as a pedagogical book for research engineers in industry and second-year graduate students in communications engineering. The production of a manageable book required that many topics be left out.