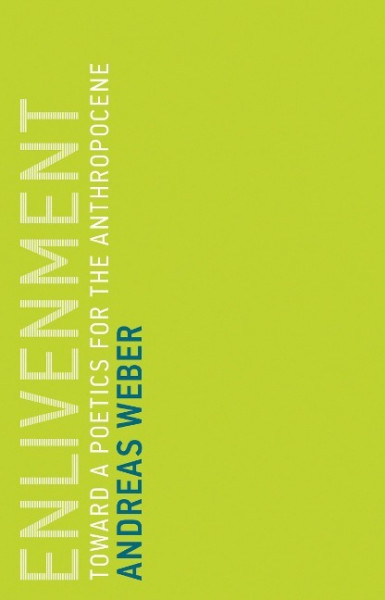 Enlivenment
Toward a Poetics for the Anthropocene

A new understanding of the Anthropocene that is based on mutual transformation with nature rather than control over nature.We have been told that we are living in the Anthropocene, a geological era shaped by humans rather than by nature. In Enlivenment, German philosopher Andreas Weber presents an alternative understanding of our relationship with nature, arguing not that humans control nature but that humans and nature exist in a commons of mutual transformation. There is no nature-human dualism, he contends, because the fundamental dimension of existence is shared in what he calls "aliveness." All subjectivity is intersubjectivity. Self is self-through-other. Seeing all beings in a common household of matter, desire, and imagination, an economy of metabolic and economic transformation, is "enlivenment.” This perspective allows us to move beyond Enlightenment-style thinking that strips material reality of any subjectivity.To take this step, Weber argues, we need to supplant the concept of techné with the concept of poiesis as the element that brings forth reality. In a world not divided into things and ideas, culture and nature, reality arises from the creation of relationships and continuous fertile transformations; any thinking in terms of relationships comes about as a poetics. The self is always a function of the whole; the whole is equally a function of the individual. Only this integrated freedom allows humanity to reconcile with the natural world.This first English edition of Enlivenment has been expanded and updated from the German edition. von Weber, Andreas