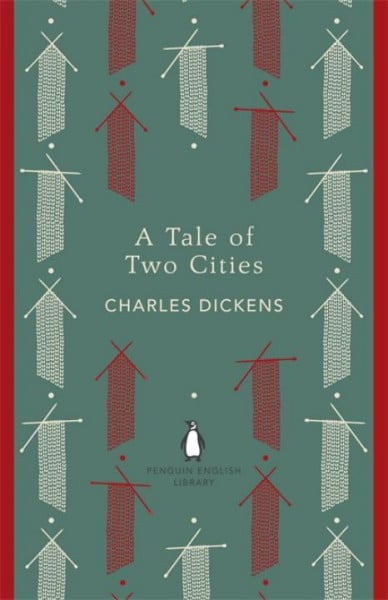 'Liberty, equality, fraternity, or death; - the last, much the easiest to bestow, O Guillotine!'Described by Dickens as 'the best story I have written', A Tale of Two Cities interweaves thrilling historical drama with heartbreaking personal tragedy. It vividly depicts a revolutionary Paris running red with blood, and a London where the poor starve. In the midst of the chaos two men - an exiled French aristocrat and a dissolute English lawyer - are both redeemed and condemned by their love for the same woman, as the shadow of La Guillotine draws closer. von Dickens, Charles

Charles Dickens (1812-70) had his first, astounding success with his first novel The Pickwick Papers and never looked back. In an extraordinarily full life he wrote, campaigned and spoke on a huge range of issues, and was involved in many of the key aspects of Victorian life, by turns cajoling, moving and irritating. He completed fourteen full-length novels and volume after volume of journalism. His thirteenth novel, A Tale of Two Cities is one of his most famous works.The Pickwick Papers, Oliver Twist, Nicholas Nickleby, The Old Curiosity Shop, Barnaby Rudge, A Christmas Carol, Martin Chuzzlewit, Dombey and Son, David Copperfield, Bleak House, Hard Times, Little Dorrit, Great Expectations, Our Mutual Friend and The Mystery of Edwin Drood are also published in the Penguin English Library.