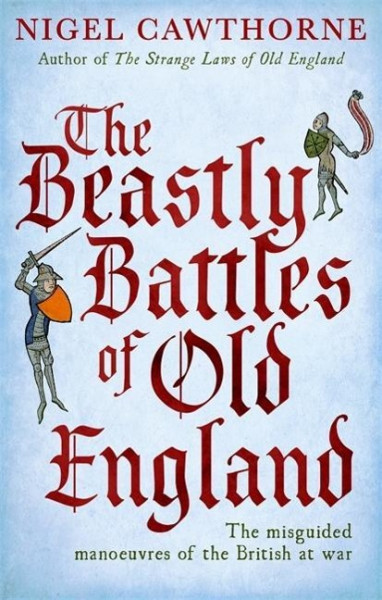 The Secret World
A History of Intelligence

Throughout history the English have been a warlike lot. Often we fight among ourselves - there have been a good few civil wares - and when we were not slaughtering each other, we practised on our neighbours, the Scots, the Irish, the French . . . When that got too easy, we set off around the world to find other people to fight. This was usually done with a hubris that invited some ludicrous pratfall. · Do you know which crazy field marshal told the Duke of Wellington that he had been made pregnant with an elephant by a French grenadier?· Or which cowardly general hid behind a tree when his troops walked straight into a Spanish ambush?· Or which regiment drank 7217 gallons of liquor between them?In The Beastly Battles of Old England, Nigel Cawthorne takes us on a darkly humorous journey through some of our ill-advised military actions. From the war over a severed ear to a general seeking out his rival's mistresses to even the score, it is a miscellany of insufferable arrogance, reckless gallantry, stunning stupidity, massive misjudgements and general beastliness. von Andrew, Christopher

Christopher Andrew is Professor of Modern and Contemporary History at Cambridge University and one of the world's leading intelligence historians. His many books include KGB: The Inside Story (with Oleg Gordievsky) and the bestselling The Defence of the Realm: The Authorized Official History of MI5.