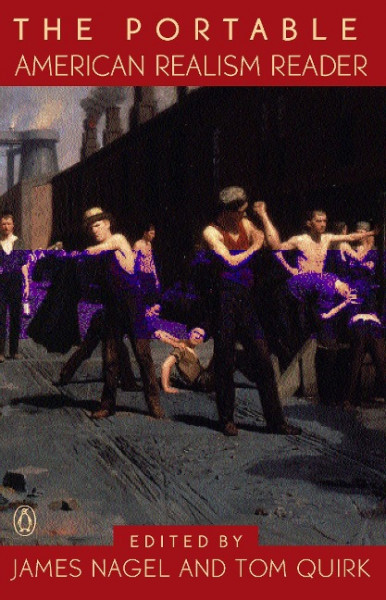 During the pivotal period of America's international emergence, between the Civil War and WWI, the aligned literary movements of Realism and Naturalism not only shaped the national literature of the age, but also left an indelible and far-reaching influence on twentieth-century American and world literature. Seeking to strip narrative from pious sentimentalities, and, according to William Dean Howells, to "paint life as it is, and human feelings in their true proportion and relation," Realism is best represented by this volume's masterly pieces by Twain, Henry James, Stephen Crane, Kate Chopin, and Willa Cather among others. The joining of Realist methods with the theories of Marx, Darwin, and Spencer to reveal the larger forces (biological, evolutionary, historical) which move humankind, are exemplified here in the fiction of such writers as Jack London, Frank Norris, and Theodore Dreiser. von Various

James Nagel, Edison Distonguished Professor of English at the University of Georgia, has edited several collections on the works of Ernest Hemingway, Stephen Crane, and Hamlin Garland, as well as the Penguin Twentieth-Century Classics edition of John Steinbeck's Pastures of Heaven. Tom Quirk is the Catherine Paine Middlebush Professor of English at the University of Missouri-Columbia. He is the editor of the Penguin Classics editions of Mark Twain's Tales, Speeches, Essays, and Sketches (1994) and Ambrose Bierce's Tales of Soldiers and Civilians and Other Stories (2000) and co-editor of The Portable American Realism Reader (1997). His other books include Coming to Grips with Huckleberry Finn (1993), Mark Twain: A Study of the Short Fiction (1997) and Nothing Abstract: Investigations in the American Literary Imagination (2001).