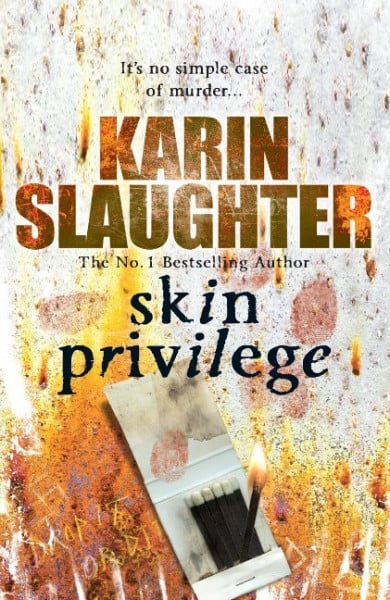 Lena Adams has spent her life struggling to forget her childhood in Reece, the small town which nearly destroyed her. She's made a new life for herself as a police detective in Heartsdale, a hundred miles away - but nothing could prepare her for the violence which explodes when she is forced to return. A vicious murder leaves a young woman incinerated beyond recognition. And Lena is the only suspect. When Heartsdale police chief Jeffrey Tolliver, Lena's boss, receives word that his detective has been arrested, he has no choice but to go to Lena's aid - taking with him his wife, medical examiner Sara Linton. But soon after their arrival, a second victim is found. The town closes ranks. And both Jeffrey and Sara find themselves entangled in a horrifying underground world of bigotry and rage - a violent world which shocks even them. But can they discover the truth before the killer strikes again? von Slaughter, Karin

Karin Slaughter is one of the world's most popular and acclaimed storytellers. Published in 120 countries with more than 35 million copies sold across the globe, her nineteen novels include the Grant County and Will Trent books, as well as the Edgar-nominated Cop Town and the instant NewYork Times bestselling novels Pretty Girls, The Good Daughter, and Pieces of Her. Slaughter is the founder of the Save the Libraries project-a nonprofit organisation established to support libraries and library programming.For more information visit KarinSlaughter.comAuthorKarinSlaughter@SlaughterKarin